Two other commercial attempts at automated predictive modeling date from the late 1990s. The first, MarketSwitch, consisted of a solution for marketing offer optimization, which included an embedded “automated” predictive modeling capability.  In sales presentations, MarketSwitch provided little information about how this optimization worked. Nevertheless,  they touted the “former Soviet rocket scientists” behind the technology, and promised customers they would be able to “fire their SAS programmers.”  Experian acquired MarketSwitch in 2004, repositioned the product as a decision engine and replaced the automated modeling capability with its own outsourced analytic services.

KXEN, a company founded in France in 1998, built its analytics engine around an automated modeling technique called structural risk minimization. The original product had a rudimentary user interface, depending instead on API calls from partner applications; more recently, KXEN repositioned itself as an easy-to-use solution for Marketing analytics, which it attempted to sell directly to C-level executives. This effort was modestly successful, leading to sale of the company in 2013 to SAP for an estimated $40 million.

MarketSwitch and KXEN made little headway against conventional predictive analytics. First, they “solved” the problem by defining it narrowly; limiting the scope of the optimization to a few algorithms, they minimized the engineering effort at the expense of model quality and robustness.  Second, by positioning their tools as a means to eliminate the need for expert analysts, they alienated the the few people in customer organizations who understood the product well enough to serve as champions.

In the last several years, the leading analytic software vendors (SAS and IBM SPSS) have added automated modeling features to their high-end products. In 2010, SAS introduced SAS Rapid Modeler, an add-in to SAS Enterprise Miner. Rapid Modeler is a set of macros implementing heuristics that handle tasks such as outlier identification, missing value treatment, feature selection and model selection.  The user specifies a data set and response measure; Rapid Modeler determines whether the response is continuous or categorical, and uses this information together with other diagnostics to test a range of modeling techniques. The user can control the scope of techniques to test by selecting basic, intermediate or advanced methods. (SAS has recently rebranded this product as SAS Factory Miner).

All of the software products discussed so far are commercially licensed. Reflecting the machine learning community’s orientation towards open source software, it’s not surprising that some of the most innovative developments in automated machine learning are in community projects. Three projects deserve special mention: caret, Auto-WEKA and AutoML.

The caret package in open source R includes a suite of productivity tools designed to accelerate model specification and tuning for a wide range of techniques. The package includes pre-processing tools to support tasks such as dummy coding, detecting zero variance predictors, identifying correlated predictors as well as tools to support model training and tuning. The training function in caret currently supports 192 different modeling techniques; it supports parameter optimization within a selected technique, but does not optimize across techniques. To implement a test plan with multiple modeling techniques, the user must write an R script to run the required training tasks and capture the results.

Auto-WEKA is another open source project for automated machine learning. First released in 2013, Auto-WEKA is a collaborative project driven by four researchers at the University of British Columbia and Freiburg University. In its current release, Auto-WEKA supports classification problems only.  The software selects a learning algorithm from 39 available algorithms, including 2 ensemble methods, 10 meta-methods and 27 base classifiers.  Since each classifier has many possible parameter settings, the search space is very large; the developers use Bayesian optimization to solve this problem.

Challenges in Machine Learning (CHALEARN) is a tax-exempt organization supported by the National Science Foundation and commercial sponsors.  CHALEARN organizes the annual AutoML challenge, which seeks to build software that automates machine learning for regression and classification. The most recent conference, held in Lille, France in July, 2015, included presentations featuring recent developments in automated machine learning, plus a hackathon. 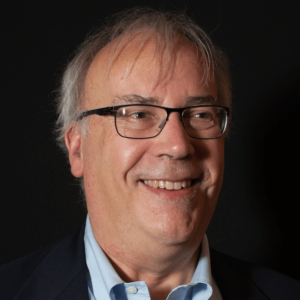 Thomas W. Dinsmore serves as Senior Director at DataRobot. Prior to this, Thomas was the Director of Product Marketing and Data Science at Cloudera and ran his own consulting company. Thomas has his MBA in Accounting and Decision Sciences from University of Pennsylvania – The Wharton School.

As part of a blog post series on the topic of building trust in AI, we recently talked about how  DataRobot organizes trust in an AI system into three main categories: performance, operations, and ethics. In each of these categories is a set of dimensions of trust. The purpose of this blog post is to discuss one dimension of trust…

In a recent blog, we talked about how, at DataRobot, we organize trust in an AI system into three main categories: trust in the performance in your AI/machine learning model, trust in the operations of your AI system, and trust in the ethics of your modelling workflow, both to design the AI system and to integrate it with your business…