“The first step is to establish that something is possible; then probability will occur.”
– Elon Musk

Are you a technology leader that is unsure of whether to embrace artificial intelligence (AI) now, or wait until it matures some more? If so, this blog is for you.

I have seen far too many companies that were immobilized when deciding whether to act or wait to implement AI. The AI that I refer here allows companies to build intelligent systems using data. In this blog, I will use a simple method that I call the “proactive/reactive paradigm” that will help us answer the act vs. wait conundrum. In general, people feel it is better to be proactive than reactive because in their mind proactive is to act in advance while reactive is to act too late.

The actual definition of proactive, courtesy of vocabulary.com, is this:

To be proactive is to identify and prevent potential problems before they happen. The word proactive carries a positive connotation. One would then wonder: why isn’t every leader at every company always proactive?

For a business leader to predict that a process or situation will become a problem in the future requires accurate foresight. While many acquire this skill through experience (or a lucky few are just born with it ☺), there is a certain amount of risk inherent when we try to anticipate the future based on intuition.

“The future will be determined in part by happenings that it is impossible to foresee.”
– Emily Greene Balch

Luckily, every company has some budget allocated for these kind of risky scenarios: they are prepared to lose on a few projects while hoping those losses will be offset by gains on others. The pharmaceutical and venture capital industries, among others, work under this premise: one hit drug (such as ) makes up for losses on tens of other drug development attempts. Similarly, the successful YouTube purchase was enough of a payoff for Google’s venture division to remain viable despite their possible losses on many other acquisitions.

Now let’s talk about being “reactive.”

Being reactive means acting in response to a situation. Many a time we use the word reactive to express actions that happened too late to be effective, giving it a negative connotation.

Pros and Cons of Reactive vs Proactive Approaches

A proactive approach carries an unknown risk: what we are about to embark on might fail. A reactive approach, on the other hand, could be a late response.

I worked at a large healthcare company prior to joining DataRobot as a data scientist where one of their divisions wanted to build a highly distributed, fault tolerant, in-memory data grid from a big data product vendor. At that time, this project looked very reactive, as they were building this data grid in response to a highly expensive grid proposal they received from an ERP company. If chosen, the project could have cost them hundreds of millions of dollars compared to the alternative we built that cost them only a few million. However, now that they have built this data grid and started using it, the value it’s producing is making them look very proactive. This group has turned a reactive situation into a positive proactive outcome by acting on it.

Credit card companies were among the earliest adopters of big data and machine learning. Several years ago when Capital One and American Express started building large teams of data scientists and big data engineers, other companies took a “wait and watch” approach on big data. While “wait and watch” is a safe approach for many conservative companies, experimenting with new technologies is the only way to survive for many technology-dependent companies. In this case, taking a risk on data science five to ten years ago, before it had been vetted, was a proactive approach that paid off for credit card companies, but waiting for it to be proven was also valid for many healthcare and manufacturing companies.

What are You Today: Proactive or Reactive?

I work at a company called DataRobot that helps enterprises become AI driven. The users of DataRobot are both proactive and reactive. Some of these users may not have a process in place to mask Personally Identifiable Information (PII) data or the means to crunch terabytes of data with ease. They could even be struggling to gather their data and build a predictive model – but they are still doing it proactively. What they are doing today will keep them from falling behind their competition. A big “kudos” to this proactive group of users.

Depending on which industry these users are in, though, you could also see them as reactive users: they are acting now on data analytics when many of their competitors have already adopted machine learning and AI. Either way, they are actively pursuing AI, which matters a lot in the current competitive landscape. 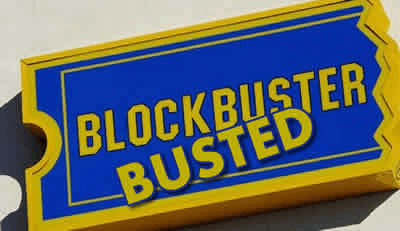 Blockbuster was neither proactive nor reactive when Netflix took over their business like a tsunami. Had Blockbuster been at least a little proactive by reducing their DVD/Cassette rates or offering monthly subscriptions with no late fees, a company like Netflix wouldn’t have had a chance to siphon away their customers. Additionally, if Blockbuster had been at least reactive enough to offer online streaming when Netflix initially offered it and found some innovative way to avoid cannibalizing their physical stores (look at how Best Buy competes with Amazon today), they could have survived.

“The internet didn’t kill Blockbuster, the company did it to itself.” – Forbes Magazine

Acting On AI Today Is More Important Than Ever

In the end, it is not about whether you are proactive or reactive. It’s about being active before it is too late. If you don’t act on AI today, you will be just like a company from the early 2000s who failed to offer an online shopping experience or a company in the last decade who refused to adopt mobile apps and social media. Don’t worry about being proactive or reactive – just focus on the “act” part and get into AI as soon as possible!!

“Action is the foundational key to all success.” – Pablo Picasso

But what’s the best way to act? DataRobot offers an automated machine learning platform that lets you act on AI almost immediately. You don’t need an expert data scientist in-house to use DataRobot. Just give us a call (or shoot us an email), and we’ll help you get a jump on AI before it’s too late.

Author’s Bio:
Raju Penmatcha is a Data Scientist at DataRobot, where he helps organizations create value through the application of data science. He holds a PhD in Petroleum Engineering from Stanford University and an MBA from Wharton School of Business, where he majored in Marketing & Entrepreneurship. He has been a practicing data scientist and a technologist for more than 15 years.

In addition to working as a Data Scientist at institutions like Johnson & Johnson and HSBC, Raju’s experience includes entrepreneurship and working as a Big Data Platform Manager, TOGAF & J2EE certified Enterprise Architect, and Senior Researcher at companies such as American Express, Goldman Sachs, and Mobil Oil. Raju has published several technical papers in technology journals and presented them at international conferences. 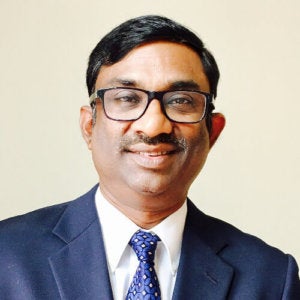