Cross-validation is an extension of the training, validation, and holdout (TVH) process that minimizes the sampling bias of machine learning models. Data partitioning for the regular TVH process looks like this: 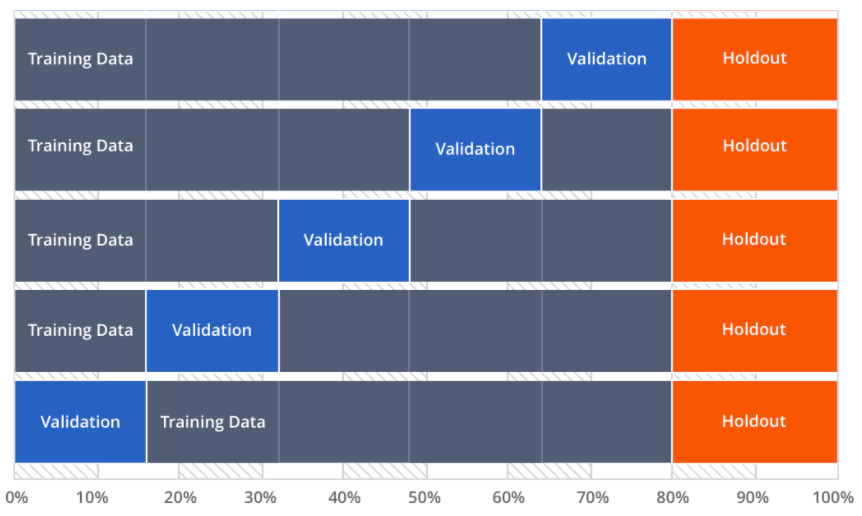 Next, we build five iterations of a model (represented by the five different rows), training it on the gray part of the set and testing it on the blue part. Then we can take the average performance of the model on each of the validation partitions and use it to measure model performance.

Why is Cross-Validation Important?

If the original validation partition is not representative of the overall population, then the resulting model may appear to have a high accuracy when in reality it just happens to fit the unusual validation set well, causing you to implement a model that actually has poor accuracy when applied to future data. With cross-validation, you can double-check how accurate your model is on multiple different subsets of data, ensuring it will generalize well to data you collect in the future. 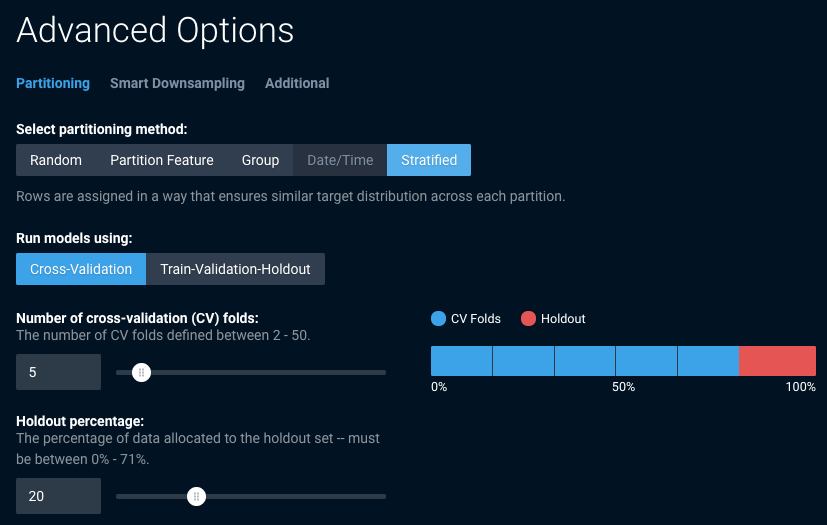