Claims costs per policy (i.e. paying out insurance claims) are on the rise across the insurance industry. As the cost of doing business increases, insurance companies need to figure out what is making claims costs go up, who these changes affect, and what corresponding actions to take.

Furthermore, insurance is increasingly becoming a commodity, with customers likely to choose their insurer purely on price. This makes accurate pricesetting more important than ever before and, in order to set accurate technical and commercial prices, considerable pricing analysis must take place. Pricing analysis in insurance can be incredibly complex, repetitive, and time-consuming.

For a company like NTUC Income (Income) in Singapore, the notion of undertaking a massive pricing analysis project seemed daunting. Until DataRobot stepped in.

Life at NTUC Income Before DataRobot

Income is part of the National Trades Union Congress, the sole national trade union center in Singapore comprised of 58 trade unions and 10 social enterprises. These social enterprises were established by the government to help stabilize the price of commodities and services, strengthen the purchasing power of workers, and to promote better labor-management relations. Social enterprises within NTUC include NTUC FairPrice (a national grocery chain), NTUC Health, and Income. 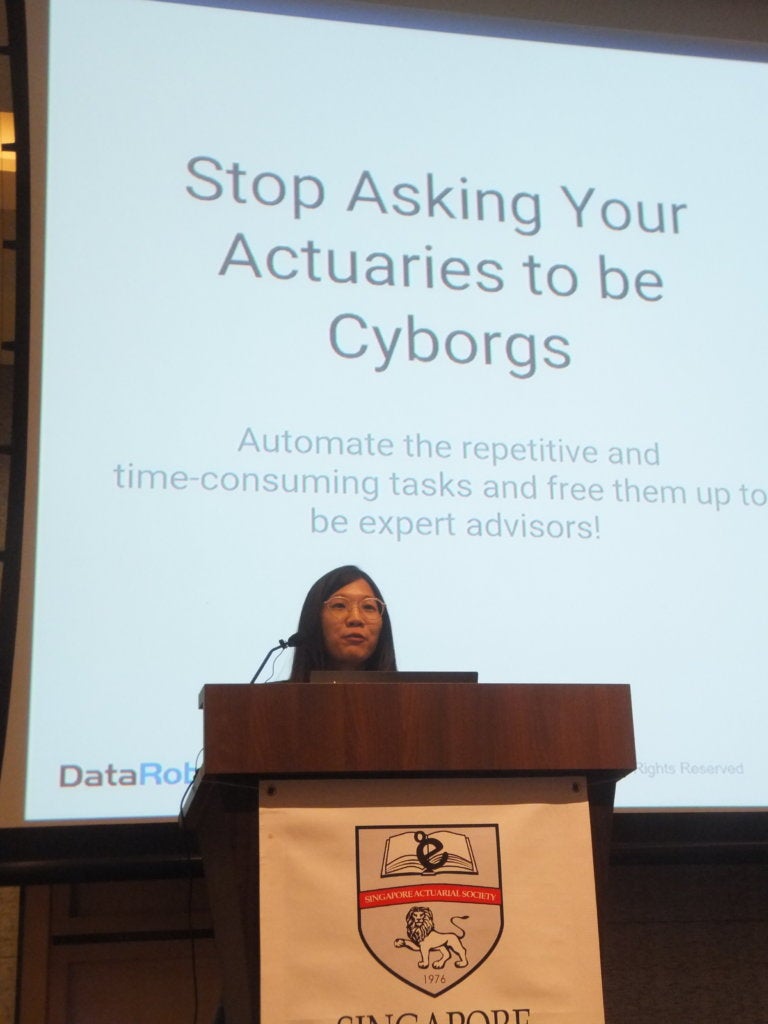 Income is the only insurance cooperative in Singapore, providing life, health, and general insurance products to over two million customers across the country. It is both the top composite insurer in Singapore, as well as the largest automobile insurer. Income was no stranger to the rising claims costs that have been affecting the insurance industry as a whole and turned to DataRobot in 2017.

“We wanted to use DataRobot to identify the key drivers that we hadn’t considered,” said Kwek Ee Ling, Income’s Actuarial Senior Manager. “What were the factors that could help us with pricing analysis and ultimately improve our business performance?”

Traditionally, actuaries use Generalized Linear Models (GLMs) to undertake a pricing analysis project, and Income’s actuarial team was no different. Unfortunately, GLMs are not the ideal solution for a variety of reasons: 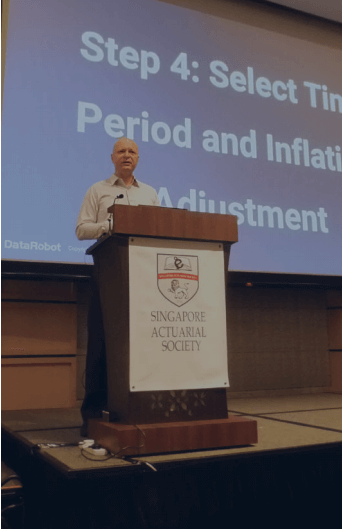 “Before using DataRobot, we analyzed the data in Excel most of the time, which has many limitations in handling big data; slow speed, inability to process millions of rows, and an overall time-consuming process for us in building statistical models,” said Moo Suh Sin, an actuary at Income. “DataRobot is able to automate the analysis and it comes with a wide variety of machine learning models built-in.”

“The speed of the platform is its strength, where it can generate results in less than an hour instead of a few days,” added Ee Ling. “The speed encourages more people in the department and company to be involved with data science.

Here’s a typical step-by-step process of what the pricing analysis project at Income generally looks like. All the data, findings, and screenshots below are taken from dummy data, and do not represent Income’s actual work.

Step 1: Look for changes in exposure

To start, the actuary team at Income used DataRobot to identify changes in exposure; was Income writing different risks? This analysis is important to discern the relative importance of different rating factors affecting insurance coverage and pricing.

The team used Feature Impact in DataRobot to identify the exposure factors with the most significant changes in a portfolio.

In this (dummy) example, the geographic mix and vehicle age mix are changing the most dramatically, an important piece of insight for the actuary team to know.

Two capabilities within the DataRobot platform were used by the Income team: Feature Effects and the Word Cloud.

Meanwhile, the Word Cloud provided a simple and easy-to-understand visualization of how claim descriptions were changing over time, and which types of claims were emerging. The dark the color, the more predictive, with the size of the word representing how frequently it appeared within claims reports:

“The speed of the platform is its strength, where it can generate results in less than an hour, instead of a few days. The speed encourages more people in the company to be involved with data science.” – Kwek Ee Ling, Actuarial Senior Manager 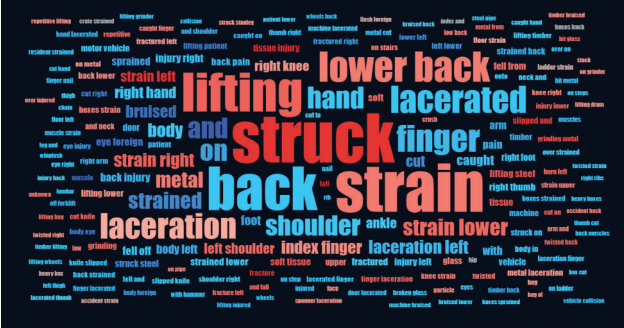 According to this (dummy data) Word Cloud, which focused on workers compensation claims, recent claims have more soft tissue injuries — as indicated by the words strain, lifting etc — and fewer simple bruises and lacerations. The Word Cloud feature painted a much clearer picture for the actuarial team at Income to determine claims frequency and severity – and how they could be changing over time.

Step 3: Select a time period
In order to isolate the changes, the team needed to figure out when they happened, selecting a time period for their analysis. It’s important to balance stability and responsiveness, i.e. that the time period they choose be long enough that the patterns are credible, but short enough that it’s still relevant and meaningful. It’s also important to allow for external trends that might have occurred during your selected time period, such as inflation.

Taking into account the insights revealed in the steps above, Income’s actuaries could get a better estimate of the risk premium, for both the overall average risk premium and the risk relativities for individuals, while allowing for trends like inflation. They are now able to identify exposures that are currently mispriced, relative to sound premiums. Understanding and predicting time-based trends allows the team to account for future inflation, and price accordingly.

Step 5: Commercial Pricing
The next and final step is to take the leap from technical pricing to commercial pricing; out in the real world, how can Income position themselves and their coverages against competitors for maximum margins? As mentioned earlier, insurance has become increasingly commodified, making accurate pricing vis-a-vis both consumers and competitors critical.

Using DataRobot, actuaries can analyze a sample of competitor quotes and generalize out to see what competitors will price for different types of policies. Without DataRobot, getting that type of competitor information requires manually doing lots of quotes, a process that is both time-consuming and suspicion-arousing.

But once actuaries, using predictive machine learning models, can figure out what competitors are charging and where they rank in the market, they can better balance profit margin vs. volume. They can find the sweet spot, a practical premium rate that customers will pay, without charging lower than they have to or risking anti-selection by charging too high.

Pricing analysis is hard! Without an automated machine learning platform like DataRobot, the process of pricing analysis was complex, arduous, and required highly skilled data scientists for Income.

But by combining human strengths — qualities such as communication, creativity, empathy and general knowledge, and common sense — with DataRobot actuaries become leveled up can tackle pricing analysis projects with ease.

DataRobot not only automates and expedites many of the manual, repetitive tasks that actuaries have to undertake; the platform also helps with data manipulation and, most importantly, simplifying complexity. With tools such as Feature Impact, Feature Effects, Prediction Explanations, Word Cloud, the insights uncovered by DataRobot can be easily communicated to other business owners, allowing for corresponding actions and positive change to be enacted quickly.