Invoicing more than $45 billion of computers, laptops, and accessories each year, Lenovo is one of the largest technology companies in the world. Lenovo Technologia do Brasil Ltda. oversees sales and manufacturing operations in Brazil and South America, one of the company's key emerging markets.

For suppliers and retailers, the supply chain dance is a delicate one. Retailers want to sell as many of the supplier’s products as possible and the supplier is motivated to help the retailer accomplish this. However, there is a supply-and-demand balance that both parties try to achieve.

“Having too much inventory means that stores will have to make special sales efforts to burn and move that stock,” explained Rodrigo Bertin, Senior Business Development Manager, Latin America at Lenovo Brazil. “On the other hand, having insufficient inventory indicates that demand is outstripping supply, which can lead to loss of potential sales due to a shortage of computers on the shelves.”

For Lenovo Brazil, equalizing the supply and demand for laptops and computers among the Brazilian retailers that receive thousands of Lenovo products each week is a top priority. To predict sell out volume — the number of units of a product that retailers sell to customers — Lenovo Brazil needed to build machine learning models at a faster rate, and have those predictive models be more accurate.

The Opportunity for Lenovo Brazil

Lenovo is one of the world’s largest technology companies, invoicing more than $45 billion of computers, laptops, and accessories globally each year. The Chinese multinational company considers Brazil to be one of its primary emerging markets, representing a great opportunity to establish itself among both customers and retailers as the South American market leader.

Predicting sell-out volume isn’t a new problem; the company has long known that doing so accurately would improve many aspects of the business, from better forecasting in the supply chain to better marketing investments.

The problem for Rodrigo and his team was that they were resource-constrained. The team had started developing R code to predict sell-out volume, with a goal to have it updated weekly for their top ten retail customers. Unfortunately, with only 2 people writing 1,500 lines of R code for one customer each week, reaching their target of predictions for ten customers each week was impossible. Rodrigo needed to either invest in more data scientists (not an easy task), or find a tool that could automate all the steps required to deliver demand forecasting models.

DataRobot was just the tool that Rodrigo needed, and the answer to Lenovo Brazil’s challenge of how to more accurately predict sell out volume among their retailers. By using the DataRobot automated machine learning platform, most of the Lenovo Brazil team’s process for predicting sell-out volume remained unchanged; it just happened a lot faster, with more accurate outputs!

Even before DataRobot, Rodrigo’s team had identified 59 variables that could affect sell-out volume at retailers — average product price, sellout rebate period, Google Analytics rankings, media campaigns, price differences between Lenovo and the competition, etc. Rodrigo wanted to clarify the specific variables that were truly predictive and had the most significant impact on estimating sell-out volume.

Previously, Rodrigo’s team would then select an algorithm, run the cleansed datasets through the model, work on parameter optimization, retrain the model, and then score the model and keep tweaking it to improve its accuracy. DataRobot allowed Rodrigo’s team to automate (and accelerate) the arduous model-building process.

Additionally, by being algorithm agnostic, DataRobot quickly creates dozens of models using different algorithms, ranking them on a Leaderboard, and providing a quick summary of how accurate and predictive they are. DataRobot has paid immediate dividends for Lenovo Brazil, not only in speed and efficiency gains, but also in dramatic accuracy improvements.

“As we get better and forecast accuracy keeps improving, people are becoming more confident and trusting of the process, the data, the models, and DataRobot.” – Rodrigo Bertin, Senior Business Development Manager

With DataRobot capabilities such as Feature Impact and Feature Effects, Rodrigo can both easily interpret which variables are most predictive and also transparently communicate to business stakeholders the results of those models. For example, Promo Sell Out – promotions run by retailers – have a strong and highly predictive impact on Sell Out volumes. Based on these findings, retailers working on huge promotional campaigns should be given a larger inventory on that given week, lest they be stuck with a shortage relative to customer demand.

Using DataRobot’s Feature Effects, Rodrigo can easily interpret and communicate predictions and the different features that impact those predictions to business stakeholders

Actionable Results and Beyond for Lenovo Brazil

With accurate sell out volume predictions for up to four weeks ahead, Rodrigo and his team work with business stakeholders within Lenovo, as well as local Brazilian retailers, to define actions in its appropriate time, avoiding a lack or excess of inventory. Achieving a better balance of supply and demand improves the bottom line for both Lenovo and their participating retailers in Brazil.

“We realized that we had to hasten the production of Lenovo notebooks in order to increase inventory levels so that we could meet a greater demand, as estimated by the DataRobot platform,” said Rodrigo. “The biggest impact DataRobot has had on Lenovo is that decisions are now made in a more proactive and precise way. We have discussions about what actions to take based on variables, and we can compare predictions with what really happened to keep refining our machine learning process and overall business knowledge.”

The number of DataRobot users within Lenovo Brazil has increased from two to 10 in just a few short months. The growth in number of indirect users is even greater: Lenovo Brazil now has a web simulator linked directly to DataRobot. With this simulator, more than twenty stakeholders — from sales, marketing, and demand planning areas — can tweak and change variables related to sell out and DataRobot will provide updated predictions in real-time based on these new inputs.

Even with these early wins, Lenovo Brazil isn’t resting on its machine learning laurels. Rodrigo and his team have continued tweaking and improving their early models’ accuracy, up from 87.5% to over 90% today. 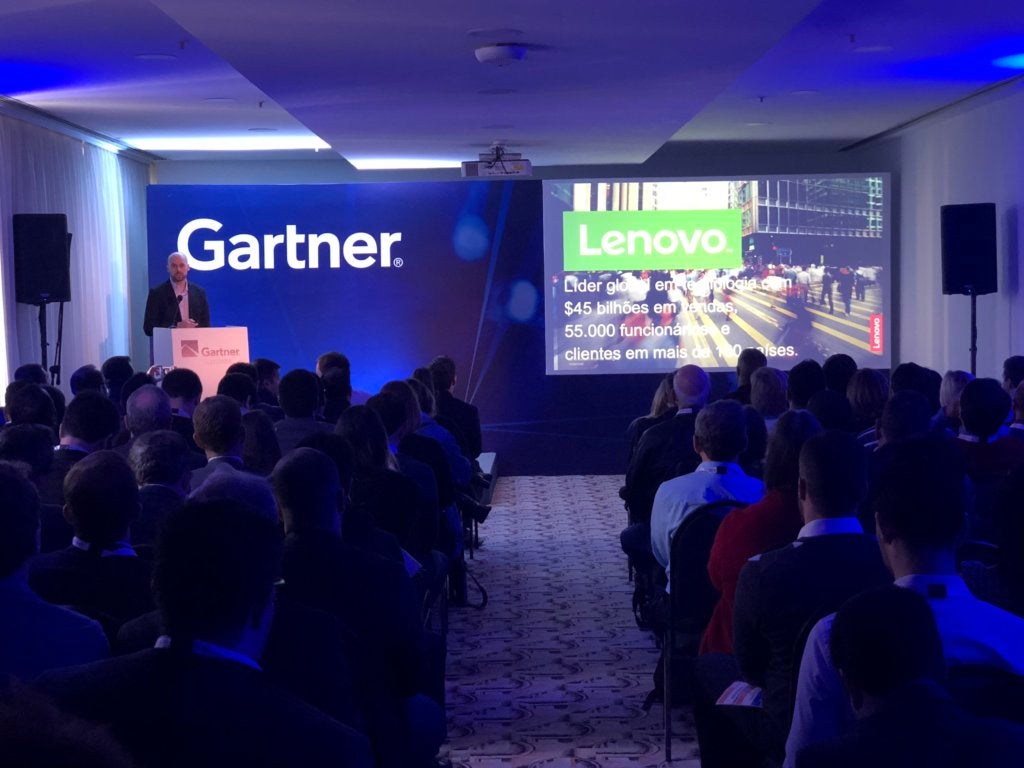 “As we get better and forecast accuracy keeps improving, people are becoming more confident and trusting of the process, the data, the models, and DataRobot,” said Rodrigo. And as this trust in automated machine learning continues to build, Rodrigo is already eyeing other projects beyond predicting sell out volume:

DataRobot has already helped Lenovo more accurately predict sell out volume and, as a result, Lenovo has surged to become the leader in volume share on notebook sales for the B2C segment in Brazil this year. With numerous other machine learning initiatives in the pipeline, Rodrigo and his team are poised to leverage the power of automated machine learning to dominate the huge market opportunity facing Lenovo in Brazil.