AI for Engineers: How (Not) To Be a Data Scientist

A lot of developers think machine learning is pretty cool. It’s a natural thing for us to do. Every one of us has been embracing new technology for our entire career. Machine learning is the latest, newest, and coolest big thing in some time. So, we diligently go forth and attempt to master it, which is wonderful. It’s what makes us developers.

In the process of doing this, some of us conclude that software development is the past and data science is the future. That we need to be data scientists to embrace that future or be stuck in the past with (*gasp*) the COBOL developers.

The problem with a developer saying, “I need to be a data scientist”—aside from it being simply wrong—is that becoming a data scientist takes a lot of work. Years worth of it. And after those years, you’re a brand new data scientist. A noob. Congratulations, you’ve just restarted your career.

A solid example of this is the Test Automation Engineer. Writing all that Ruby code with the cucumber and the gherkin, the Test Automation Engineer has added some test automation tools and testing skills to his repertoire but is still a developer. He works with Quality Assurance to help make sure the application is as bug-free as possible. And, since QA folks usually aren’t developers, he can help in ways that other QA persons can’t by bringing development expertise to the rest of the team.

Simply put, a Test Automation Engineer is a developer who works with Quality Assurance.

And what about a developer who works with data science? Well, that’s called an AI Engineer. If you’re a developer who has a passion for data science and machine learning, this is the path you probably want to pursue. It’s a practical solution that allows you to lean on established skills (i.e. writing software like a boss) that data scientists don’t often have. And it allows you to play with all the cool new toys. All without having to start your career over.

So, stay a developer and learn the tools used for machine learning. Use them alongside data scientists and rely on their expertise as they rely on yours. Everyone wins. And, let’s be honest, this is what you really want to do anyway. 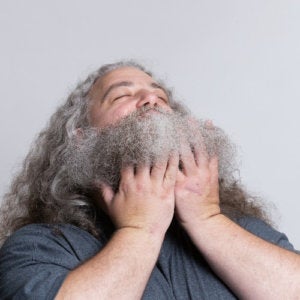 Combining his decades of experience in writing software with a passion for sharing what he has learned, Guy goes out into developer communities and helps others build great software.Teaching and community have long been a focus for Guy. He is a prolific speaker, a key organizer for both the Columbus JavaScript Users Group and the Columbus Machine Learners meet-up, and has even has helped teach programming at a prison in central Ohio.

In his personal life, Guy is a hard-boiled geek with an interest in role-playing games, science fiction, and technology tempered by a slightly less geeky interest in history and linguistics. He lives in Ohio with his wife, his three teenage sons, and an entire wall of games. Stay connected with Guy on Twitter: @guyroyse